Local man, John Williams and a group of friends and family have raised £1500 for the Children’s Ward at Hereford County Hospital in memory of John’s daughter Sophia.

Sophia was born in January 2006 and was a healthy little girl, but in November of the same year, without warning she suffered a cardiac arrest.  Despite the efforts of dedicated healthcare professionals, on the 2 March 2008 weakened by her ordeal, Sophia passed away.

In 2009 to honour Sophia’s memory, her parents John and Louisa organised a fundraising cycle ride. Six years on and the couple decided to organise a second adventure this year.  This time hoping to beat the ten days it took previously.

The eleven man team set off on their bikes on June 14 from John O Groats to Land’s End, cycling the length of the country in just 56 hours. The team cycled constantly, through day and night with very little sleep, splitting into teams, ensuring that there was always somebody on the road.

Louisa, Sophia’s mother, said: “We have been incredibly touched by the support and generosity shown by everyone involved to help us achieve this donation for the Children's ward.

“Sophia spent much of her life on the Children’s Ward and to be able to give something back is our pleasure”. 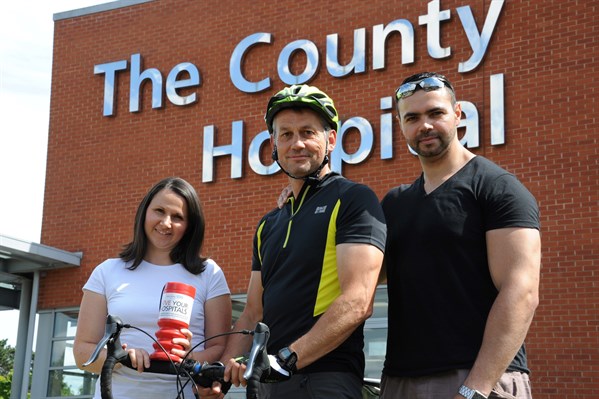