Visiting has been stopped at our hospitals and there are changes in place to a number of services. For more details visit our Coronavirus page

A mum has helped to raise £1,200 for Hereford County Hospital’s intensive care unit, as a thank you to staff, and is also raising awareness of the symptoms of Sepsis after her son nearly died from the condition.

This time last year Fiona Hawkins, mother of 39 year old John Williams, was told her son was critically ill and may not survive an infection, which led to Sepsis causing some of his vital organs to shut down.

Fiona said: “I was in shock because my son, John, was so fit and well before he became ill and we never thought about it being Sepsis.  John had been feeling unwell for a while and I went over to see him and he looked dreadful.  I insisted he attended the GP surgery that day, where he was taken immediately by ambulance to A&E at Hereford County Hospital for assessment and life-saving treatment.  I had to prepare for the worst and it hit home that I could lose my son.  He spent three and half weeks in the intensive care unit (ITU) receiving multi-organ support and then several months at home recovering from Sepsis and pneumonia”.

Following John’s illness, Fiona has been helping to raise awareness of the symptoms of Sepsis with family, friends, and through the Iyengar Yoga groups that she runs, as well as raising money to thank the hospital staff for the care he received.

Fiona added: “We are very grateful to everyone who cared for John and saved his life, and to my students who kindly helped us raise £1,200 through a Iyengar Yoga workshop, which has been donated to ITU at Hereford County Hospital.

“John didn’t have all of the Sepsis symptoms, so I would advise anyone that if you or someone you know appears to have Sepsis symptoms go to your GP straightaway or to hospital, even if you are unsure or are feeling very unwell for more than a few days.  If John’s story can help save one life it will have helped make a difference”.

Lynn Carpenter, ITU Sister at Wye Valley NHS Trust, said: “We would like to thank Fiona and her yoga students for kindly donating this money to ITU to purchase additional equipment for our critically ill patients.  We are very grateful to receive donations towards enhancing the care and facilities we provide for our patients in Herefordshire”.

Dr Bartlett, acute medical consultant and trust lead for Sepsis at Wye Valley NHS Trust, said: “As soon as Sepsis is recognised it is a race against the clock to deliver treatment as quickly as possible and it is vital that we spot the signs and symptoms early.  Sepsis can be triggered by an infection in any part of the body.  Early symptoms of Sepsis usually develop quickly and can include the following, and you should call NHS 111 if you suspect it could be Sepsis.

“For children under five, Sepsis symptoms can include the following and you should go straight to Accident and Emergency or call 999 if your child has any of these”.

Wye Valley NHS Trust is supporting the national campaign to raise awareness of Sepsis signs, symptoms and treatment, across it hospitals and community healthcare services to help improve patient outcomes.  Visit NHS website www.nhs.uk/conditions/sepsis to find out more about Sepsis. 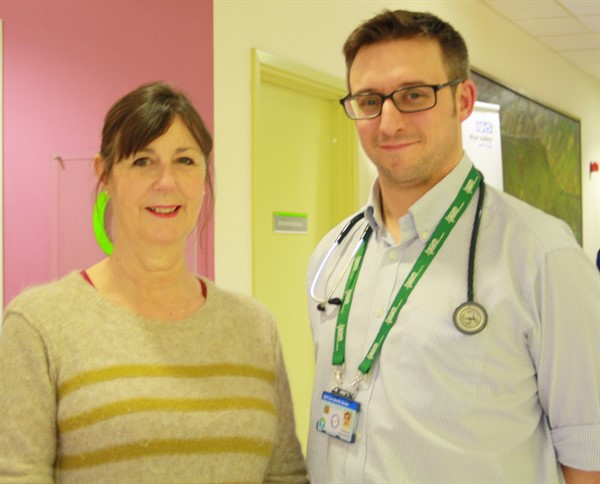